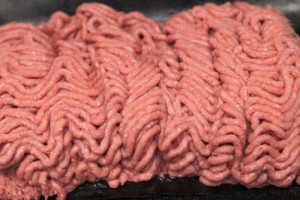 Wendy's Co says it never has used so-called "pink slime" in its hamburgers and ran ads in eight major daily newspapers around the United States on Friday to let diners know that.

The nation's second-largest hamburger chain is the latest company to join the public relations war over so-called "pink slime" -- an ammonia-treated beef filler product that the meat industry calls "finely textured beef" -- that is at the center of one of the biggest U.S. food fights in recent history.

Under pressure from consumers and food activists such as British celebrity chef Jamie Oliver, restaurants and retailers ranging from McDonald's Corp to Wal-Mart Stores Inc have either stopped using the filler or reduced its use.

The Wendy's ad -- which appeared in USA Today, the Chicago Tribune and other newspapers -- plays on the chain's popular catch phrase from the 1980s, reading: "Where's The Pure Beef? At Wendy's, that's where!"

The move from Wendy's came after Beef Products Inc (BPI) -- the biggest producer of the filler at the center of the food fight -- took out newspaper ads this week featuring testimonials from health experts attesting to the product's safety.

A handful of the top U.S. packaged foods companies also told Reuters that their products do not include the controversial filler. ConAgra Foods Inc said it does not purchase any of what the meat industry calls "finely textured beef" in its products, which include Chef Boyardee canned pastas, Slim Jim meat sticks and Hebrew National hot dogs. Likewise Sara Lee Corp, maker of Jimmy Dean sausages, Ball Park hotdogs and Hillshire Farm lunch meat, said it does not use any of the product. Kraft Foods Inc said none of its Oscar Mayer beef products, including bologna and hot dogs, are made with "pink slime".

Supporters of the meat industry this week fought back, calling the product safe to eat. 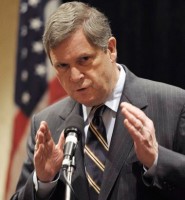 Vilsack said the agency would stick with its recent announcement allowing school districts to choose whether they wanted hamburger with filler for school lunches.

"This is breathtakingly high-level — and perhaps unprecedented — support for the public relations troubles of a private food company," Nestle said on her blog.

While large grocers such as Kroger Co, Safeway Inc and Supervalu Inc also have stopped selling the product, regional grocery chain, Hy-Vee Inc, said it reversed its ban and would sell beef with and without the filler.