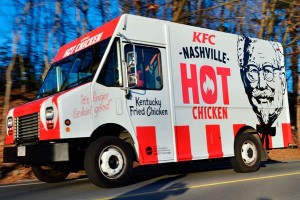 KFC's new menu item is already a legend in one part of the country, but the new chicken dish isn't yet available in its namesake city.

The chicken chain is promoting the new Nashville Hot Chicken with an eight-city food-truck tour, kicking off on Thursday. The food truck will stop in cities and towns with no KFC nearby that all happened to be named Nashville, starting in Nashville Village, Ohio and ending in Nashville Town, North Carolina.

The truck will not, however, stop in Nashville, Tennessee, despite the fact that Nashville Hot Chicken is crafted in the style of a Tennessee culinary icon.

That's a tall order to replicate, especially when trying to make the dish palatable to customers around the US who may not be used to the super-spicy Southern style. So far, the item has been tested in Pittsburgh, where it received rave reviews — but not in Nashville, Tennessee. 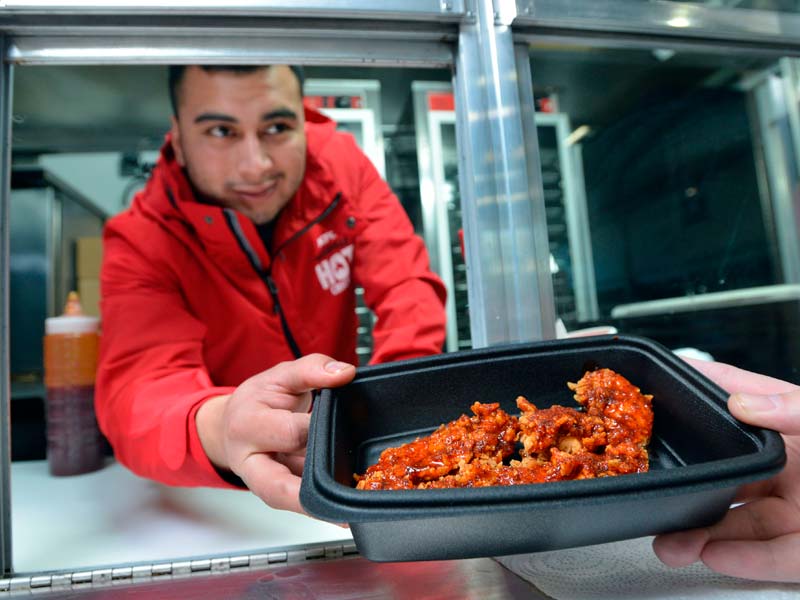