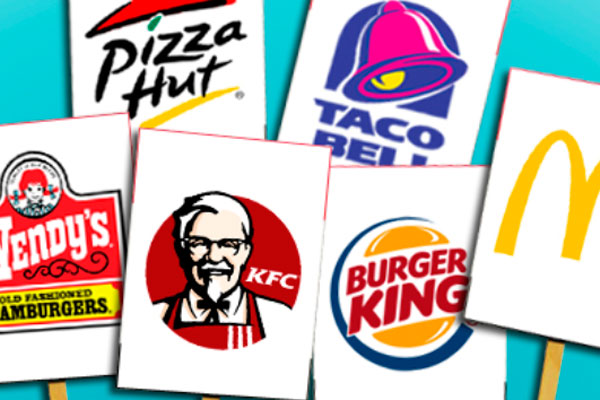 Fast food companies do good. Sometimes they improve the ingredients they use, or consider children before their profits. Rather than point out the bad, we thought we’d applaud the good. Hopefully that will inspire more changes in 2017.
Here are the six things fast food companies did right this year:
1. McDonald’s removed artificial preservatives from scrambled eggs, chicken nuggets and breakfast sausage. It also cut high fructose corn syrup from its hamburger bun. Perhaps one day it will make a burger that doesn’t have an infinite shelf life.
2. Taco Bell switched to cage-free eggs for their breakfast menu in all U.S. locations.  Although cage-free isn’t exactly the same as free-range, it does make a huge difference in the quality of a laying hen’s life.
3. Subway began serving antibiotic-free “rotisserie-style” chicken. The company also stated its intention to start sourcing turkey, pork and beef that are raised antibiotic-free.
4. Panera cleaned up its kids’ meals, offering healthier options that are free of artificial colors and preservatives, and it asked other companies to do the same. We have our fingers crossed other fast-food companies will accept the challenge.
5. McDonald’s put an end to its controversial school nutrition campaign. The campaign, led by an Iowa teacher who lost 56 pounds eating only at McDonald’s, aimed to teach kids that healthy eating is all about making the right choices, even if those choices are at McDonald’s. Nutrition experts warned that this made for a dangerous message to kids about what constituted healthy eating. Let’s just say it’s a good thing it was put to bed.
6. Subway voluntarily added calorie counts to its menu. The Food and Drug Administration said it would require restaurants to do so in December of 2016, but Subway got a head start in April. It was an appreciated move toward more transparency — and transparency is a trend we hope to see in more fast food companies in 2017.
Tags:
Fast Food Fast Food Companies McDonald’s Panera Subway Taco Bell
December 29, 2016 Admin